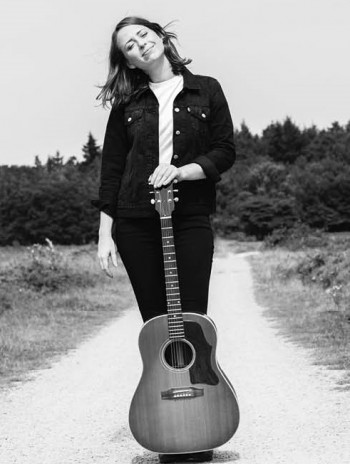 Do you already have plans for Christmas? Stephanie Struijk will be providing us with a beautiful concert on the 23rd after a delicious Christmas brunch. How great can a Sunday-afternoon be?

In 2016, Stephanie Struijk and Daniel Lohues wrote their first Dutch album during a road trip through America, after having previously released albums under the name 'Stevie Ann'. Her debut album, which was launched when she was 19, was crowned with the gold status for more than 50,000 albums sold. She received a "Zilveren Harp" for her work and played at festivals like Pinkpop and Concert at SEA.

For the new EP 'Daar', which came out on February 16, she sought inspiration closer to home. At the kitchen table she wrote five new songs, again with Daniël Lohues. Stephanie sings in 'Ook wel gelukkig' about her birthplace, and how it would have been if she had stayed there. In 'Bijna thuis' she sings "Am I looking for a place with a garden and a fence, or a feeling where I can bring myself" which is characteristic of her troubadourish life. The song 'Daar' is about knowing exactly where you need to go to be happy. The song 'Als de liefde maar blijft winnen' was already played with the Noordpool Orchestra (and Stephanie).

This will be the third edition of our now annual tradition, in which Stephanie will entertain and move the audience with her songs after a delicious brunch. Previous years were very successful and this year won't be any different!

A delicious brunch and a beautiful concert, how beautiful can a Sunday afternoon be? At Theater Dina you can find the real Christmas feeling!

The buffet will open at 13:30 and will be completely catered for by Dina's Fellows. At 15:00 the concert will start and it will last until about 17:00. We look forward to seeing you there!