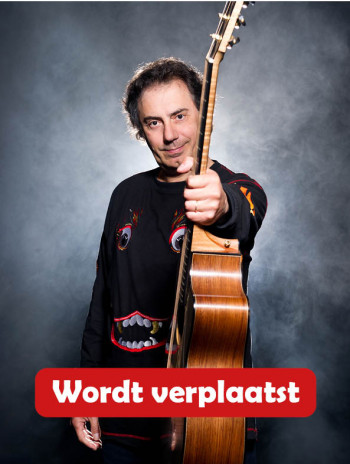 If “World Music” is music that pays tribute to the spirit of a collection of human beings through distinct rhythms, traditional instruments and harmonic colors, French-Algerian guitarist, singer and composer Pierre Bensusan can be recognized as one of the most eloquent and world musicians today.

This French guitarist was actually born in Algeria and has long been fascinated with his North African roots as well as the Celtic folk traditions of western Europe. After making a name for himself as a folk musician in the late '70s, Bensusan began to incoporate jazz and classical elements into his music, creating a virtuosic, highly original style on the acoustic guitar.

Described by the L.A. Times as "one of the most unique and brilliant acoustic guitar veterans in the world music scene today", Pierre's name became synonymous with contemporary acoustic guitar genius, long before the terms New Age, New Acoustic Music or World Music were invented. He has the ability to make a single guitar sound like an entire band as he brings the audience on a mesmerizing musical journey. And yet, Bensusan is more than what any musician or music lover expects from a guitarist. He is a composer as well as a bilingual and a brave improvisational vocalist, melding whistles and resonant low notes with something like his own scat technique.